Sphere: Tarpit Enclaves
Tier: Regular (in the Libraries), Elite (when commanding others) 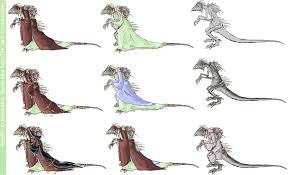 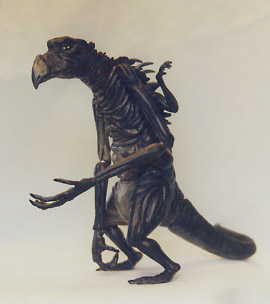 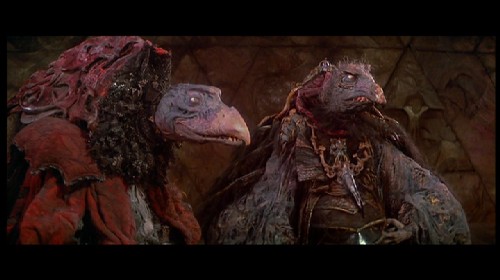 Within Legion's dark halls lies his vast library, home to billions upon billions texts, tomes, books, scrolls, hard drives, and more; all dedicated to knowledge. There is so much in the way of knowledge there that no single demon (well, maybe one or two) can possibly know it all, and it's an absolute nightmare to organize it all. Even for one as powerful as Legion himself it's an impossible task on his own...though of course, that would imply that Legion is but a singular entity.

To cope with this, he created the Librarians; bird-like, insect-like, reptilian-like creatures that serve as his most favored servants. They act the same way human librarians would; cataloging, organizing, and rearranging tomes to ensure something can be found the instant that Legion requests for it. Each Librarian is tasked to watch over a shelf and its books, and memorizes the contents of each tome (even if it doesn't specifically understand it). That way in the event that something gets stolen, misplaced, or needs a replacement, any Librarian can instantly specify what is required and even recommend the addition of certain facts that could be added with said tomes. Each Librarian on its own has potentially genius level intellect, though they are all restricted to the knowledge they can acquire or ascertain through their specific shelves (it gets annoying when one of your 'pieces' decides to get it into its head to come and depose its rightful master).

Abilities: Librarians are individually geniuses, and as such some of them can be specialized to leave the Library and act as generals or minor commanders of larger troops. Each has a particular kind of strategy it likes, though as a group they are far more formidable (like all of Legion's troops, they work best as a cohesive unit). A single Librarian can command an army in a specific style. Three of them can outwit and outfox even the greatest mortal commanders.
Combat-wise, however, Librarians are somewhat lacking. Besides some forms of telekinesis they have no specific means of fighting back. They do have enhanced strength (in the event a shelf decides it wants to tip over), but beyond that they are virtually helpless. This is why most Librarians do not leave any of Legion's outposts without a healthy escort of a couple dozen Oracles and a few Tar Slimes at the very least.

- Librarians were inspired by the Skeksis from Jim Henson's Dark Crystal
- Librarians are among the few of Legion's demons capable of developing individual personalities
- Diogenes the Cynic is considered an Elite Librarian, and is the Headmaster of their particular group. He can command the Librarians to do just about anything and they obey without question (though he usually doesn't do this unless Legion tells him to)
- Skraw the Unintelligible is a Librarian Demon, though he's between being a regular Librarian and an Elite. He is Diogenes' personal favorite
- Their war cry - "KAI! KAI!"