EDEN
OVERVIEW
"Seize the day, trust as little as possible in tomorrow."

Kingdoms falls, gods die and soon even the world will end in rubble. Everything has an end, and everything will eventually die. But whether that be today tomorrow  or the sometime far in the future is entirely in the hands of the individual. Or at least it should be. In Inferis few are the masters of their own destiny, being as they are the play things of the Lords of Hell.

Most demons have found this out at one time or another, seeing that with but a whim they could be crushed and while some have accepted this fate a few have thought to fight against it. How you might ask? Not by force of arms, such rebellions are always short lived and painful for those that enact them. No, they fight by a means far more subtle, they fight by making them selves indispensable to those that would control them. To worm their way into the upper most echelons of their "society" and in the end... Well we won't talk about that just yet.

To this end EDEN was created, a mercenary group of demons and like minded individuals of all types, all with unique skills and abilities that when alone make them formidable, and together almost unbeatable on any field of battle.  In fact it is this diverse set of skills and abilities that make EDEN a force to be reckoned with, after all no other force in ether world can field a force even closing on the diversity that is found in EDEN. IF this wasn't enough, thanks to its human members nonhuman EDEN members can at times get access to the weapons of humanity, and while this is rare it does give them an edge over most that they find in hell.

EDEN is over seen by a Guild Master whose sole duty is to see to the well fair of those in EDEN. And while his word carries weight with the members he does not have the final say seeing as he is but a single individual. But he is in charge of maintaining discipline, enforcing their laws. Next comes the Tribunus, whose duty is to see to the financial affairs of EDEN as well as overseeing their real world trade. He is also the one in charge of gathering information as well as diplomatic missions when necessary. Finally come those that fill the most important position. The Legionnaires. These are the men and women that give EDEN strength. They are the fighters, the spies, the cooks, the politicians. With out them EDEN would no exist and as such they are held as the most important facets of the organization. Of the Legionnaires, there is an elite unit of individuals known simply as The Vanguard. These individuals (Generally level two and above) are the best that EDEN has to offer(With some exceptions.) and are in charge of training new recruits and leading higher priority missions. Also Analee serves as EDEN's cheerleader and all around sexy mascot. She's there to help keep morale high... and look fine.

EQUIPMENT AND TRAINING
Obviously it depends on the individual in question. After all Demons, Demon Hunters and Ritualists come in all shapes and sizes, various levels of power and with skills unique to them. But aside from all this on e thing remains the same. They are more then able to survive on their own and they know how to fight in one way or another. But whats more EDEN its self offers combat training to any and all who join, allowing members to learn new skill sets as well as expand on their own and gain new mastery over what they already have. Along with this they have minimal access to human weapons, making them slightly better equipped then other hell based groups.

ADDED NOTES
- Upon joining, a member is required to swear a blood oath using their true name.
- Harming or working against another member of EDEN is not tolerated. We survive because we work together and to harm another is to harm your self.
- Knowingly betraying a fellow member of EDEN is punishable by death.
- Takes Mercenary work on Both Earth and Inferis
- All of Gaius's warband are employed by EDEN
- So long as no critical mission is under way, any member of EDEN may challange the guild master for his position.
- The Guild Hall in Inferis is the Strip Club The Love Nest located in the Regal Necropolis.
- The Earth Bound Guild Hall is the bar Day's End located in London
- Currently controls the meat trade of Inferis within the Regal Necropolis.

Note: If you would like to make a special position for your character please post the idea here with a description of their duties in EDEN. We Welcome creative thinking in this department.

Jasna for whatever sort of position Jasna would be in. 8D
_________________
David speaks Latin (Vulgar), Latin (Formal), Italian, English (British), German, Japanese, French, Arabic, and Demonic. He also speaks the language of PAIN, whatwith his glitter in yo eyes. 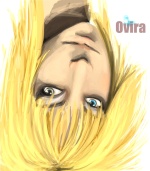