Is there free will?

ANGEL DESCRIPTION:
Zadkiel's appearance is quite different in comparison to the other angels. An extension of His freedom, zadkiel is a slender pale male with elegant, long flowing white hair. He has yellow eyes, along with pointed ears, making him an oddity among his brethren. On both cheeks are
adorned with two magenta stripes, almost like whiskers. On his forehead is a blue crescent moon, and his eyelids are also painted magenta, giving him an eastern look.

Zadkiel's armor includes a spiked pauldron that covers his left shoulder attached to the upper section of his cuirass and "lotus petal" faulds. Both his armor and his long flowing sash have a decided Chinese influence, as opposed to the customary Japanese armor and obi. His kimono is mostly white with a red and white cherry blossom flower crest at the collar and sleeves. He wears sashinuki hakama which are gathered at the ankles, producing a "ballooning" effect. His footwear consists of black ankle-high boots, also reminiscent of Mainland influence. On his right shoulder is his means of flight, another odd attribute. The fur appendage is always draped over his right shoulder, and glows white while in flight.
This fur ends at the base of his back, almost like a tail.
MORTAL DESCRIPTION:
A complete polar opposite from his angelic form, his hair becomes short and black, and he either wears a white tank top, or no shirt at all. He is a lot more tanned in skin complexion, and has a necklace of a sword on his neck. He generally wears a pair of black or camo green cargo pants. His boots are black leather and high. In colder weather however, he covers himself in a larger trench coat that is white in color. Around the zipper it has a sky blue trimming. He seldom wears it, as he doesn't like colder weather. He has a more irritated look than in his angelic form, and seems like a rebel.

PERSONALITY:
Freedom. A very loaded word. Some seek to achieve it, while others seek to destroy it. Zadkiel's core is wrapped around this single concept. A carefree aura always circles him, entering a room before him. He is always warm and polite to those he meets, besides demons, which he is indifferent to. He seldom shows sadness or anger, but more of dullness and joy. He is not over the top happy, but more of a modest, humble elatedness. He is happy to serve God and his mentor, Michael, so why is there any room for sadness?

Zadkiel has an unwavering loyalty to his master, Archangel Michael. He views him as an older brother of sorts, considering he was fashioned by Him to be by Michael's side. He is more talkative and inquiring than Michael however. Zadkiel loves to talk, and loves to speak to others. He is known to talk to himself, or hum. He usually catches himself rambling on and on about something, almost as if he over utilizes the concept of "free speech". Despite this, his seriousness can be warranted in dire times, whether it his life or a comrade on the line. He serves the Lord, Michael, and his comrades with unwavering commitment.

Zadkiel hates Lucifer and his lieutenants with a passion. Having seen Lucifer fall so young in his life, he views his unlimited free will as a threat. Granted, Zadkiel is the Angel of Freedom, he still believes that even freedom is to be moderated to a healthy extent, or horrible things like Lucifer come about. None the less, Lucifer and his others are the one thing that upsets him. Nothing else seems to shake his carefree attitude, unless Michael calls for his seriousness.

Zadkiel was molded and created by God himself around 7 billion years ago. He was an odd creation. He didn't have wings like his brethren, but had the ability of flight through his plume of fur on his shoulder. Coming out of the pit of creation, he remembered his first thought was that of a warm aura. A being was before him, and this man's glow was unfathomable. He remembered the man's first words.

"Welcome.. Zadkiel, The Saint of Freedom. Will you serve me?"

Zadkiel couldn't tell who the warm but stern man was. Was it his creator? It wasn't the Lord. It was Michael, the First. Zadkiel felt obligated from the bottom of his being to serve this man. He remembered taking his hand, and swearing his undying allegiance to him. He was Zadkiel, the Servant of Michael. He felt like an older brother, wise and ever knowing, while Zadkiel followed in each step. He felt safe around Michael. He remembered meeting the other angels. They nit picked at his odd clothing, his outfit.

Zadkiel remembered feeling frustrated, and questioned Michael about his creation. Why was he without wings? Why was he such an oddity? Zadkiel could only remember sitting next to Michael, who he viewed as an older brother.

"Zadkiel, you are an extension of His freedom. You embody the essence of creativity. You are one of the Lord's many masterpieces. Your "wings" will reveal themselves in due time, Zadkiel"

He could only remember being in awe at Michael's wisdom. Zadkiel spent a few thousand years in thought at what his "wings" were. Zadkiel was dumbfounded by his master's words. Of course he could fly! That was a given! He could only ruminate on it.

Zadkiel remembered being at Michael's side when Lucifer challenged God. He remembered feeling the intent of Michael. However, God had cast down Lucifer and his lieutenants without fail. The angels were in confusion. How could someone stand up before Him? He could only remember sharing Michael's anger towards the fallen angel. What if Lucifer had suceeded? Zadkiel finally realized his duty. He was the Angel of Freedom. Freedom was a double edge sword. One could achieve enlightment, and at the same time become arrogant and desructive. Zadkiel could only remember the countless days he sparred with Michael and lost, only for his brother figure to walk away without a word.

Zadkiel had never once met the Lord. However, after a few billion years of sitting in heaven and learning and training, he finally had learned what his goal was; to protect and serve Michael. It was obvious as day, yet he couldn't see it before. He would be an extension of the Protector. Zadkiel remembered sitting to the side of Michael, as he heard him address the others about their new found goal: Exterminate Lucifer.

Meeting with Michael after his address, he got on one knee before Michael and pledged his allegiance, vowing to always serve and protect. He was the one who named him and trained him. He was the one who guided him. He was ready to be an extension of his will. Feeling a hand in his head, like a brother reassuring a brother, he looked up at Michael.

"Use your wings for me, Zadkiel"

SKILLS:
The Hunter: Zadkiel, despite not having traditional wings, has a large amount of speed on foot and flight, able to keep up with only the fastest of opponents

Protect: Having served Michael for several billion years, Zadkiel has become very durable, and has a good bit of stamina. He can shrug off most flesh wounds as if they were child's play

Bullseye: Zadkiel is one of the most renowned archers in heaven, and has a knack of hitting a hundred targets in a row with a bow. Coupled with soul energy, it is a forced to be reckoned with.

WEAKNESSES:
Mercy: Being patron of mercy, Zadkiel has a bad habit of letting enemies live, even if they will cause trouble later.

Loyalty: Zadkiel's undying loyalty to Michael means that he would take a fatal strike for the archangel, which might cause his death.

Oh, a piece of candy!: Zadkiel is easily distracted by his own carefree mind, which causes him to get scolded

Traditional: Unlike michael, Zadkiel refrains from modern technology, and thus refuses to use it if possible, leaving him underhanded technologically.

ROLEPLAY HISTORY:
For a looooonng time 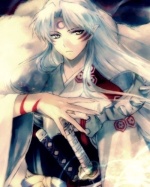