The Eastiest Way to Locate Something in a Library

The Eastiest Way to Locate Something in a Library 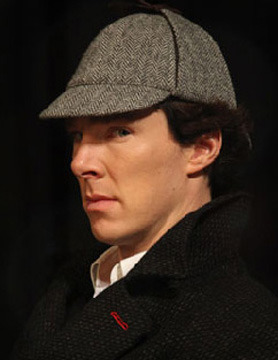 Demon Hunter from London, England, United Kingdom
"And this is why I have decided to reject everything that, directly or indirectly, for good or bad reasons, makes people die or justifies others in making them die."
overview
In harmony with his external form, his character is very unpleasant and hard to cope with. He is an introvert, embodying, perhaps, the exact definition of the word. He lives in a world of his own, a world governed by facts, books and knowledge. He has no need for social contact (or it is irrelevant) and his need for external affirmation is non-existent.

Around other people, he is generally quiet. Sitting in a corner with his drink, observing the social fluctuations in front of him. He is rarely impressed and tends to, in compliance with that, keep out of discussions or exchanges of opinion.

His relationship with the female sex is a very particular point in his character. Although he has had many lovers, he considers himself to be asexual, which is an obvious contradiction. He has a more deeper, philosophical, explanation for his stance but likes to keep it for himself as a last resort, a pure rationalisation. He was never impressed with a woman, finding none that could satisfy his intellectual standards. He was never able to find a peer of his, someone he would call The Woman which is why he usually seems very distant when in female company, prone to, what some would call, misogyny.

thread ideas
1] A more permanent intellectual relationship with a female peer (a certain Irene Adler)
2] Archenemy (Demon & 'Human' - any of the fractions)
3] A close companion (later perhaps, a friend even - someone more different than him, an extrovert)