”We make up horrors to help us cope with the real ones.”
–Stephen King
NAME:
– Power of Dominance
– Kazikli Bey: Cursed Spear of the Impaler Lord 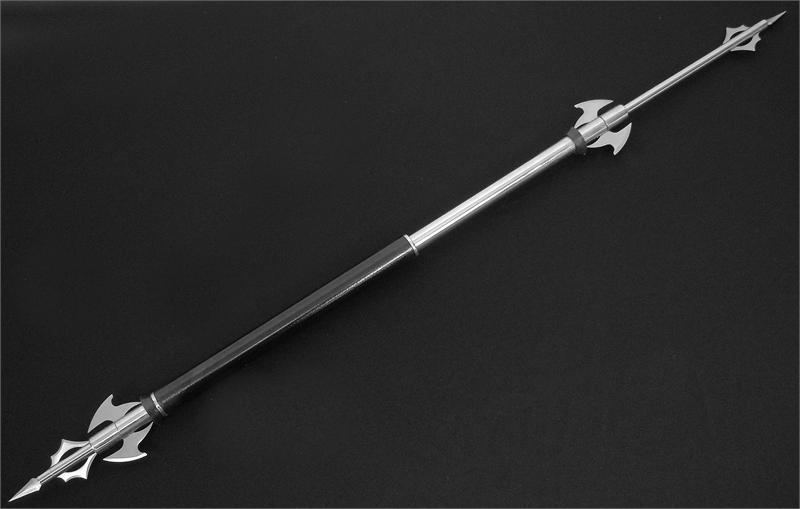 OVERVIEW:
Drăcula's Apparatuses belongs to a branch of sorcery known as Haematomancy, an ancient form of demonic magic that makes liberal use of blood for its various spells and rituals. Deploying an Apparatus is as simple as triggering its associated Sigil, and while it is not a mandatory element for practicing Haematomancy successfully, though it is widely accepted that they help to better assist the caster's capabilities. Drăcula has gone a step further with the application of his Sigils. He has ritualistically engraved them into the flesh on his upper back, aligning them around a conglomerate shape, as pictured above. Each segment of the overall pattern is its own Sigil, and is tied to an ability exclusive to it.

– The corresponding Sigil is the "head" of the bat motif. By consuming the blood of an enemy, Drăcula is able to call upon the Power of Dominance to temporarily replicate all of their abilities and powers in order to use them as if they were his own, provided his combat level is equal to or lower than the foe in question. The means of acquiring the target's blood is irrelevant, as long as it is consumed in a moistened state. The Count has strengthened his ability to dominate the powers of other Demons, to the point he is now able to replicate the skills of up to three enemies at once. However, should he desire the powers of another, he must consume his new target's blood in order to override and "forget" the powers he no longer needs. Any ability or power he copies may be used for the remainder of the thread he is participating in.

The benefits of possessing such a remarkable skill are not without its number of restrictions. First and foremost, Drăcula is incapable of adopting the powers of the Archdemons as his own, under any circumstances, as their might is far too great for his Lesser Demon form to control properly. He is also unable to replicate the powers of anyone that carries the spirit of God within them—to put this more specifically, he cannot copy the skills of Templars or Demon Hunters. A Ritualist, on the other hand, may have their abilities mimicked by the Power of Dominance, but only on the condition that they have assumed an Inferis Morph state, where they behave fundamentally similar to a full-blooded Demon.

– The corresponding Sigil is the left side of the bat motif's "body". Throughout his seven year campaign to exterminate corruption from his kingdom, Drăcula sentenced those he judged as enemies of Wallachia to be executed by impalement. As the designated penalty for high treason, the order-obsessed Voivode consigned anyone that betrayed the greater interests of his country to the stake, from the unethical boyars to Ottoman sympathizers and warriors; not even petty criminals were safe from his wrath. Drăcula’s liberal application of impalement and the horrifying frequency with which he displayed his victims earned him the moniker of “Kazikli Bey” within the Ottoman Empire, which aptly translated to “Impaler Lord”.

This Apparatus draws its whole existence from the Count’s terrible reputation as the Impaler, and can be considered the physical actualization of his legendary image. By cutting open his own hand and allowing the blood that flows from the wound to trickle down freely as payment for its activation, he is able to conjure a vicious spear for him to wield into combat. It is unique in its construction in the fact that this spear is double-ended, allowing the Count to impale twice as many targets with equal prejudice, and that both ends are designed to pneumatically lengthen and retract at will. In its compact state, the weapon measures in at two-and-a-half feet, and is three times that length when fully extended.

Its sleek, machined appearance and functions greatly contrasts Drăcula’s inherently demonic nature, but these differences cease here. Kazikli Bey is permanently saturated in an oppressive blanket of condensed negative energy, culminated from the countless number of victims that he killed both as a human and as a vampire, which ultimately manifests itself in the form of a wicked curse. Whenever a person is injured by the spear in any way, the blood that seeps out of the resulting wounds will be unable to coagulate properly, which greatly diminishes—but does not completely nullify—the effectiveness of any speed or form of healing.

For the moment being, the curse itself is fairly weak in spite of the dreadful atmosphere it projects, and is mostly applied to improve Drăcula’s odds of a successful feeding. With this logic in mind, it stays in effect for roughly fifteen minutes (one, full post) before it is lifted from the victim, allowing the wounds inflicted by it to heal naturally. Prematurely removing or negating the curse itself is impossible, as it is entirely bound to the weapon’s form instead of being deployed as a separate entity; in order to prevent it from taking effect, one must either avoid taking damage or prevent Drăcula from summoning the spear altogether.

THE IMPALER
LORD OF THE NOSFERATU 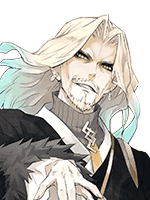 APPROVED
Excellent, Marcus, as we agreed. Perfectly created - and brilliantly presented as usual. Can't wait to see old Count Vlad in action.
_________________
"Wipe the blood from your halo."

THE IMPALER
LORD OF THE NOSFERATU

"It is unique in its construction in the fact that this spear is double-ended, allowing the Count to impale twice as many targets with equal prejudice..."