Past the outskirts of Barcelona, laying under the shadow of a mountain were a village, secluded and remote and underneath overcast skies that blot out the sun. It spans wide and long, a village that houses perhaps 5,000 people, which is to say many houses litter the area along with old buildings that denote spiritual importance, and yet would evidently be wrecked and seemingly defiled by what would be dried blood splattered against the walls of the Church and the cross on top, that the Church was in the middle of the village and was clear for many to behold had they been closer. The roads are rather worn out and are not of paved masonry but rather are dirt. It is fair to say that this village hasn't seen better days, and is perhaps still stuck in the Medieval era given the general hygiene of the area about and around. It doesn't help their method of lighting would be lamps, and how visitors are relatively unheard of. It is that secrecy which entails the secret of those so interested in intelligence, as those in the higher ups had deemed fit to see to it that a cooperation between two agencies take place. The CIA and the MI6, but it were nothing but a coincidence as they both had same ideas to investigate a suspicious talk over strange hazardous materials transported materials beyond government supervision, at least the Spanish government.

Agent Bob overlooked the village from atop a hill, as it sloped down all the way to the village's mouth, sloped not so much that one would slip and slide but rather vastly that one still has to walk downward with minimal chance of rolling as it extended for about one klick, the entrance cobbled by stone walls and an arch that would be the entry way. It were a wall that stood 20 feet tall to keep out trespassers, and yet lacked implements to which prevent those to come over it. There were other CIA field agents around, all garbed like Agent Bob in BDU's, helmets and bullet resistant vests used by Marines usually, armed with higher grade firearms. Agent Bob kept a vigil around as he scoured his surrounding, left and right, and took note of the mountains behind him, all in that order and randomly. It would take him a while to learn of his place and imprint the information unto his memory, at least get used to it in that he would not forget entirely, and yet as a person in enemy territory, having been briefed before he trekked across through insertions into this deep hostile territory, he knew that this operation was to be kept secret.

The MI6 has no doubt sent their agents, but they aren't exactly suited towards a full on assault like the CIA, rather they'd probably rather drop their pants and charm their way through men and womenfolk than to actually shoot them in the face, and leave one less loose end in place. Probably the best comparison would be that of a sledge hammer and a scalpel, both different in intended effects really. He settled his feet unto the smooth ground, entrenching it slightly as it sunk into the ground, but it were only a thin layer pushed aside, having a feel for his boots. Bracing his gloves as well, as his firearm saddled and strapped on his chest, the Olympic Arms compact carbine. Fully loaded and fed with fresh bullets. He pulled up his balaclava and hid his mouth. His identity is not to be compromised as this is a deniable ops taking place, ordered from some mysterious higher ups, and yet it wasn't important enough to warrant more specialized agents as he last heard from rumors. Rumors as they all were, that there was a secret organization like an Illuminati running the United States from behind the scenes, but he gave not much heed to it, at least not now.
_________________
He speaks English, Russian, Arabic and Chinese. 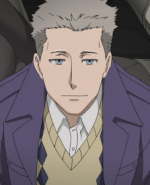 Spain? You for real? Due to some sort of a hazardous accident faulted by the higher ups in the oh so great and glorious British secret agency, some underling decided to give the famous agent 007 the files of a mission due to which he had to go to some remote village in the middle of nowhere on some random mission lead by the bloody Yankees. Don't shoot the messenger? Fine. The poor guy who got the assignment to hand over the mission papers to Cromwell was left untouched and unharmed from the side of the blond haired male who just left his presence and decided to move to a more secretive place where he would not get disturbed while going around and kicking cans out of pure rage that was thus being released through physical violence. For someone as coolheaded as Cromwell to get enraged like this, those higher ups certainly crossed the line this time and he was not going to let them get away with this. Indeed, they needed to be thought a lesson that they will never forget. Since the blond haired agent was the star of this agency, his name could not be smudged by such things so a couple of simple pranks that could not lead to him were in order. Secret agents were always good at concealing their trails and thus nobody was going to know about this until they got caught in one of his ingenious pranks meant to cause a lot of pain and humiliation. But, before such a thing could be executed, the famed agent first had to act like a obedient agent and do his job as this mission was seemingly a rather urgent one and he had to deploy right away.

So, there he was, in Spain. Just thinking about it made the blond haired male want to vomit out everything that he just ate while on the way here. The food at the airport was just terrible, all they had was some weird stew. The Spanish people certainly needed to improve on that aspect, giving their guests such terrible food was just quite wrong. Deep inside of the mind and body of the secret agent, the fox that resided there simply laughed to the misfortune of its master. Due to said actions it was going to get punished later on, but for now the blond haired agent did not have time to be idly playing with his slave. His location was after all quite close to the enemy territory. But, where exactly? Ah yes, a million pound question, since dollars suck and pounds hold a much higher rating. The important thing was that he was hidden from view and that he could easily see some of the other agents that were with him on this mission. For now he had to wait for a signal and the start of the operation. Unlike others, he was not fully armed or fully equipped with protective gear. Indeed, all he wore was a tux of dark colors, as portrayed by the image that you can see being used by the man who is behind Cromwell's actions, the awesome writer who designed this character. He did have a single piece of protection against low caliber pistols and a pair of pistols, but that wasn't quite helpful in this occasion. Luckily, he had other tricks to use since there was plenty of water around, including a veil not so deep underneath him and this village.
_________________
Cromwell - Japanese, English, Demonic