Don't think for a moment I'm not serious.

PREFACE: I'M NOT A NARCISSIST I SWEAR!

Yes, yes, I know, I'm planning a freeware video game about an RP site I started and conceptually placed together from pretty much the bowels of my own imagination - not without the assistance of a lot of people, of course - and this might feel like an ego trip. It's not. Let me explain.

Every summer since 2009 or something, I've made an RPG Maker game. Or planned one out. They consistently fall short and fail due to the fact that I have HUGE ambitions concerning them (solution and workaround for this following). Now, considering I was stumped for a setting, and it's that time of year again oh god you guys clearly don't care let's talk about killing things.

OVERVIEW: HOW I WON'T FAIL POSSIBLY

So this is going to be a side-scroller RPG, 32-bit cute graphics. It's pretty easy to put together - it's when you start scripting that shit gets complex and daunting. I've got a degree of experience with RMVX - but using the entire standard tileset and icons and sprites and egh it just gets shitty after a while, so I have a bank of resources I need to build. Most of which is pre-constructed from past endeavours which rot now on the hard drive folder I have lovingly called "Mausoleum of Ross' Childhood".

CONCEPT: SET IN THE INFERIS YOU KNOW AND LOATHE

It's pretty simple. We have a PC party of anywhere from 4 to 6 characters, maybe with a pair of hidden characters. It acts well within the bounds of canon - it's not a plot supplement or a key part of it. The idea is such: it plays as a companion to the universe as DM and requires some basic knowledge of it, but will give new players a crash course.

The way I'm thinking is thus: it concerns the protagonist, who will likely be a Templar, who wakes up amidst a troupe of dead comrades and with a non-functional CrossGear somewhere in Inferis. The others that join him will uncover their either innate or spiritual abilities to traverse the barrier between Earth and Inferis have somehow been nullified, and embark on a short journey to uncover who's responsible.

Long story short: it's a midboss-type Demon following them around through a few (maybe three, possibly four) planes of Inferis. Semi-linear, with an overworld map that's somewhat restricted, weapons and skill systems. And to stop you from asking: no, you can't have your characters placed in it. This applies to everybody. This is going to be a stray from canon, really. Just a little side-adventure that occurs. By all means - because the game is perfectly lore-friendly, you can always allude to it through some vague circumstance, or perhaps even make one of the characters that comes out of it.

But your Templar, Demon Hunter, Ritualist, Civilian, Demon, or even Archdemon can't star. We're trying to keep this as far from main plot as possible. Plus, it's kind of unfair. Why do you get to showcase when the 147 (current) other characters can't?

CHARACTERS: A TEAM OF PEOPLE WHO SHOULD PROBABLY HATE EACH OTHER

Protagonist is a Templar. His CrossGear's malfunctioning; his squad are dead; and he doesn't remember the past few hours since his landing in Inferis. He embarks on a journey and quickly discovers...

The Lancer, who is a Demon Hunter. At first he/she clashes with the Templar protagonist, perhaps in a sneaky boss battle. The Hunter gets bored; tries to cross back into Inferis - and finds he/she can't. But before long the pair of them encounter...

The Smart Guy, a Ritualist, and The Big Guy, his bonded Demon. Again, the Templar and Hunter - joined by an uneasy common ground in that they're stuck in Hell - begin fighting these two, before they discover a similar circumstance and realise they're up shit creek, "joining" the "party", before running into...

Team Pet, who is a slobbering dumbass, possibly canine to some extent, and more than likely a malformed and insentient Demon with lovable qualities, such as a penchant for eating the character's shoes. Eventually, with its help, the team sniff out...

The Sixth Ranger, probably an Angel of some sort. He'll be an eleventh-hour character, possibly plot-relevant, or one of the reasons this nullification's happening, because he's locked in clutch with a particular Demon whose typical innate abilities to stop humans from crossing are being amplified by their power struggle and he needs their help to defeat them and probably talks about far too much for far too long and irritates everyone but has some really strong abilities so he's cool. After (or before) him comes...

The first Secret Character, a BadassNormal, who is, as the name would suggest, a Civilian. Though we use the term loosely. He kicks ass and chews gum. Except that he's all out of gum. And ass. Only Demons left, baby. He is of course not related to...

The second Secret Character, possibly The Kid, who is infact a Demon bound to a childish form possessing an archaic soul and the source of much humour for one reason or another.

FEATURES: WHAT YOU NEED TO PROBABLY KNOW

It's a game, dumbass. (Will be updated later.)

FAQ: SO YOU DON'T BOTHER ME

Q: Ross, why can't you include my character in the game?
A: Read in a distinctively upward manner.

Q: Ross, who's working on this with you?
A: EVERYONE. Your souls belong to me and are thus forfeit, and will be used to power the game. But, seriously, everyone gets a chance if you'd like.

Q: Ross, what's Britain like?
A: Glorious. And yet miserable.

The sixth ranger is the coolest. That's all.

Kidding. So I think the team pet should not be a dog. Make it like some freaky malformed bird with a crooked beak and like beady eyes. It repeats everything everyone says. So when the Angel dude rants, the team pet rants with him and drives everyone batshit nuts. Maybe that can be a major distraction that allows them to get out of some problematic situation.

Uhm I'd say the kid is useless and I'd drop him. No one's going to care about that character. The civilian can bring the human. Or combine the two or something.

Make the Templar really upset and all emo and shit. Maybe he's like I WANT TO DIE WITH THEMMM and the DH is like FUCKNOYOU'RENOTSUCKITUP. 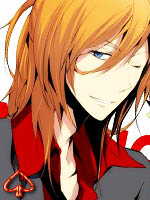 Secret characters aren't really idealised as being plot-important >_> y'know, he's like a useless Easter Egg. Maybe I'll just make him Spiderman or some shit I don't even know.

Sounds good, additionally the Templar's gonna be all "not sure if I should kill you guise". And there's that whole "oh okay we're bros now but what about afterwards?" mechanic in it as well.
_________________
"Wipe the blood from your halo."

I am all for this man. I love RPGs, especially party based ones like this. Just the fact it's based around DM is a suuuuuuuuuuuper bonus. I have to ask, what do you plan on using for this game? Could I guess...RPG Maker?

Hmm...I think I'd have to disagree. I think the Templar could be the "pillar" of the group, remaining strong and "cheerful" to keep the team on track. But that's really up to you, unless you really value my opinion.
_________________
Heiwa speaks English (amber) and Japanese (vermilion)

He could remain with some dark, intense drive. That's for sure. The ideal here is to pack a good, intense, and powerful amount of plot into a short package, no more than five, six hours of gameplay initially.
_________________
"Wipe the blood from your halo."

But your Templar, Demon Hunter, Ritualist, Civilian, Demon, or even Archdemon can't star. We're trying to keep this as far from main plot as possible. Plus, it's kind of unfair. Why do you get to showcase when the 147 (current) other characters can't?

That said, it's high time I actually do something productive with my life. ||D And as a relatively inexperienced game designer to be, count me in. o3o

I am still awaiting our lovechild, Ross.

No, but really. Do this. You've been talking about it, so do it. (I really like it being like a DM side story, rather than with existing characters. Though it could also be fun to tie that into something actually happening on the site at some point?) No clue how I can help, but I'm game if you need it.
_________________
‹Native English›    ‹Spotty Korean›    ‹Reluctant Demonic›
«Proper English»    «Delicate Demonic»

"You're the answer I've needed, the question I've feared..." 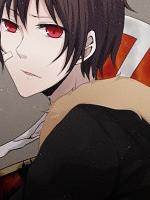 I can set up some encounters, even help with some side mission!
Being a DM has its advantages. 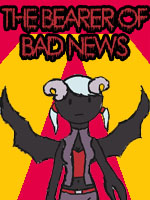 It will be a five phase boss battle where each phase is symbolic of the religious developments of Europe, from paganism and Christianity fighting for dominance in the early Iron Age and Dark Ages, to the failed attempts to destroy Islam in the Middle East compared to the peaceful acceptance of Islam in southern Spain, to the conflicts between Protestants and Catholics all across Europe, to the Holocaust due to years of built-up scapegoating of Jews, finally leading to the modern wide-spread acceptance of secularism...

Behemoth wrote:It will be a five phase boss battle where each phase is symbolic of the religious developments of Europe, from paganism and Christianity fighting for dominance in the early Iron Age and Dark Ages, to the failed attempts to destroy Islam in the Middle East compared to the peaceful acceptance of Islam in southern Spain, to the conflicts between Protestants and Catholics all across Europe, to the Holocaust due to years of built-up scapegoating of Jews, finally leading to the modern wide-spread acceptance of secularism...

... all by attaching different fake beards to the ballsacks that hang just below the butt.

See, that attitude is why one of us is already a published writer, and one of us is begging for help with RPGs. Now, butt boss.
_________________
Behemoth speaks Demonic (pink), English (coral), French (dark orange) and Russian (lime green) 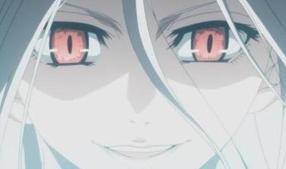 "Come little children,"
"the time's come to play,"
"here in my garden of shadows..."