I am he Law! This is My Plotter!

I am he Law! This is My Plotter!

Thros Lejar
character type Demon birthplace/homesphere
"Knowledge is power"
overview
Thros is a secretive and sneaky demon. He searches the lands of Inferis for anything that might increase his useful knowledge base. He lies, cheats, steals, and kills to get what he needs and does little else aside from pursue information. Though, he does enjoy conversing with humans in order to try and understand them better. This often takes the form of people watching. In all, Thros is a freelance spy with an addiction to secrets. He's also very polite.

thread ideas
-Catch Me If You Can:A simple a tried and true one. Hunter and prey. Maybe you know something Thros wants, or he knows something you don't want him to. Either way, someone is chasing someone.
-Spy vs Spy: Got a similar character? Then lets have a freakin' spy battle! Yeah, damn right.
-Dirty Deeds, Done Dirt Cheap: Thros is freelance. He can be paid in information or paid to get information. If you need it done and it requires a degree of subtlety, he's your man.
-The Outsiders: Maybe you are a human and want to talk to someone from the other world. Maybe you don't even know Thros is a demon. If you meet a man on the street you never know who he might be.

affiliations
Is your character part of any groups?

thread ideas
Any ideas for any potential threads? 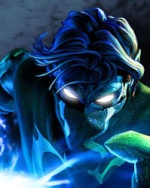 Similar topics
» [PLOTTER TEMPLATES]
» Plots for a plotting plotter.
» Requiem for a Hero (Plotter)
» The Magical World of Ophie! (Plotter)