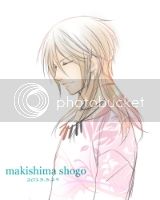 Archdemon from Inferis/Regal Necropolis
”You say you have nothing more to give.  But THATS where you are wrong… There is so much more I can get out of you.”

overview
Mammon values class and being classy.  If you don't give two shits about self-respect or anything, you can leave.  She loves her power, blood, hounds of war, and greatly admires Lucifer.  She holds a sort of complicated fascination with mortals and often visits them.

affiliations
To me and me alone.  If Lucifer calls for help, however, then I will readily offer it.

thread ideas
- Working with Lucifer.
- If any demons feel interested or want to speak to her, work with her, etc then that would be cool too. 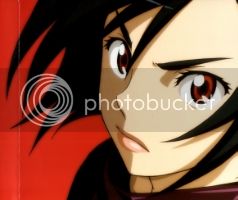 Demon Hunter from San Francisco/Earth
"Every Rose has its thorns."

overview
Introverted, quiet, but still a girl with a big heart.  Jinhong loves life and feeling alive, so she does what she can to renew those feelings.  She is one half to the whole of the Jangmi Twins, and she is the strategist.  Her mind functions best with strategies, plans, chemistry, physics, and other harder science fields.

thread ideas
Apparently she must meet Lazarus.  Tis about all I got planned. 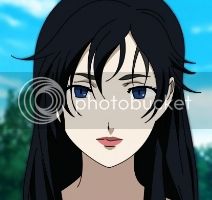 Demon Hunter from San Francisco/Earth
"Every Rose has its thorns."

overview
An extrovert, Pulean loves to meet and talk to people.  She loves to see them smile and be happy, and she especially loves to sing.  In fact, she is a rather prominent singer that tours and sings on international stages.  Her vocal range is from low Alto all the way up to Soprano 1.  She is the Face of the two twins and more likely to be the one making the deals.  While her sister is the fighter, she hangs back and heals while occasionally coming in to give precision strikes.

thread ideas
- Lazarus.  Hands down.  They must meet.
- Open to idea's. 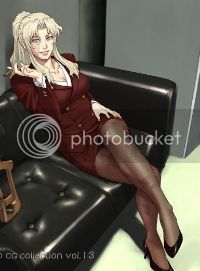 Templar from Moscow/Earth
"No one, or thing, lives forever."

overview
She's a woman dedicated to honoring the family name, her family, and the Templar Order.  She can be a bit of a hard-ass when it comes to crunch time and a job, but when outside of work she's a rather pleasant woman to be around.  Laid back, mostly friendly, and if you are her friend she takes care of you.  Her unit and comrades are her family and should harm come to them then.. um... well... expect a man/demon hunt.  She don't take that shit lightly.   She also loves her cigars.

affiliations
Paladin of the Templar Order

thread ideas
I know she'll want a thread with Damon considering he's one of her subordinates.  Other than that, I'm totally open to ideas. 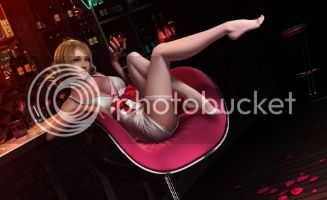 Ritualist from Wales/Earth
"I am not a whore, but I like to do it." - LMFAO

overview
A charming girl, she is the perfect woman physically.  And how she acts?  She will be whomevers perfect woman whenever she meets them.  She doesn't care that she's a stripper, works as a bartender, and occasional sells herself for money.  If it lets her continue living another day by getting that moolah?  Fine with her.  Underneath the happy, friendly personality is a very withdrawn and distant girl who could care less about anything except for Sareph.

affiliations
Freelance, but also with Sareph.

overview
Generally a no nonsense sort of hunter when it comes to missions, especially if she's getting paid which is generally every mission, she can seem a bit intense at first.  However, she's a rather laid back, loud, personable kind of gal that'll definitely drink you under the table (feel free to insert a challenge accepted here).  She curses like a sailor, and doesn't generally hold herself back when it comes to honesty.  When she needs to become more serious, she does.  She plays in a band called Bitches with Pitches as a singer and bassist, and works at the bar they pretty much perform at as a waitress and bartender when she isn't hunting demons.  To her, demons are also like people.  Some you really want dead, and others you can let stay alive for a while before killing them.  Its unrealistic to believe you can kill ALL of the demons and survive the entire time.  Its the survivalist in her speaking with reason to override the innate desire to kill all demons.  And you ESPECIALLY don't go after big ones (*cough* Archdemons *cough*) alone or with too small a group.  Also, don't get her mad.  Your liable to lose genitalia or something you don't want to lose that way.

affiliations
Freelance at the moment.  Will be subject to change.

thread ideas
Eventually Lazarus needs to happen cause... yeah... reuniting of siblings.
One where she gets introduced to the Nephelim so she can join them.
She'd be open to ones with a ritualist without necessarily fighting.  Same with Demons. 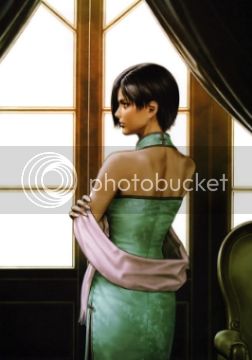 Ritualist from Hong Kong/Earth
"We're not broken, just bent.  And we can learn to love again."[/color]
Wei Qing is a woman of many alias', many faces that she may go by.  While some get lost amidst this fray, she remains herself and very grounded in what is herself.  Generally she is rather laid back, prone to keeping her real thoughts to herself or hidden behind that calm smile she normally wears.  She is one of the best hackers, not necessarily well-known (half the point), but someone that the right people strive to find to purchase her help and services.  She is the Lieutenant of the Employer of the Firefly group and often is known by one of her alias' or her hacker title which is "Butterfly."

thread ideas
The Employer, probably anyone that might join Firefly. 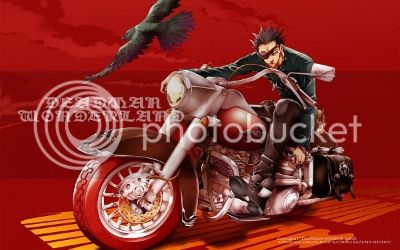 overview
Ruthless, Insane, Sane, torture loving, insane-sane recent demon, womanizing, did I mention that he's both sane and insane?!  So Takatori is a recently born demon having died rather explosively on Earth (quite literally actually) who had been in charge of a gang.  A man that no one ever fucked with unless they had a death wish.  When he gets bored, it can get bad, and when he's entertained, it can get just as bad.  Unpredictable, chaotic, and INsane.

thread ideas
- Iggy
- Any demons interested in joining Nevermore
- Anyone 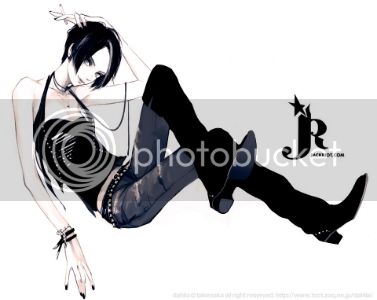 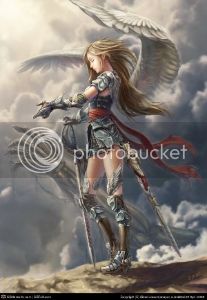 Azrael
Angel from Station of Retribution/Heaven
"All endings have a beginning, and all beginnings have an end."

overview
Death is a necessary cycle of life.  There's no reason to get sad about it really, because honestly.... whats the point of it?  IF you spend too much time worrying over the fact that you are going to die someday, you're either going to do something horrendous (experiments for longevity), or you aren't going to appreciate the gift that you have been given.  So seriously, just enjoy life to the fullest.  Thats sort of Azrael's philosophy.  She might be an Angel of Death, but that doesn't mean she's all "fire and brimstone" and shit stuff.  Friendly, pretty easy to get along with, and very hard to truly anger, she can also be found spending some time on Earth when she gets tired of her super stiff angelic brethren. 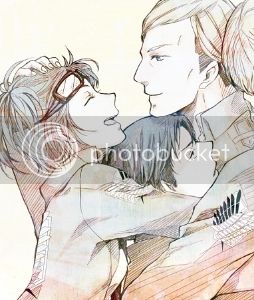 Kira Unterberger
Demon Hunter from Budhapesht/Earth
"Whats this?! Whats this?!"
overview
Kira is SUPER enthusiastic about anything and everything that interests her. From researching demons, to physics, to biology, to chemistry, to books that are interesting (any genre), to... you get the picture. She has a habit of rambling off if she isn't careful, though she normally is unless around someone she knows. Then the chance of her accidentally bumbling off into equations and theories increases a bit. She's dating Petri Ovaska, lives in Irkutsk, and is a known entity in the science world. SHe loves to research demons and is a very ernest, friendly person that is super loyal. 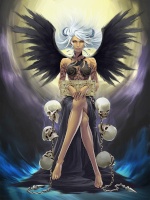 lazarus and jinhong
As far as I'm aware, this is the current scheme of things: to have the pair meet. That still good with you?